LEXINGTON, Ky. (Sept. 9, 2019) — A new academic year at the University of Kentucky has meant a record first-year class of some 5,400 students and new facilities on campus to support the institution’s work.

But it also has brought several new academic leaders, who are serving in critical posts and bring with them national reputations in their scholarly fields.

You can see a video above about our new academic leaders.

Mary Davis, interim dean of the College of Law. https://uknow.uky.edu/professional-news/mary-j-davis-named-interim-dean-college-law

Davis graduated from the University of Virginia in 1979 with a bachelor's degree in history. She earned a juris doctor degree from Wake Forest University School of Law in 1985.

An Ashland Spears-Distinguished Research Professor in the UK College of Law, Davis joined the UK Law faculty in 1991. Previously, she practiced products liability litigation. Davis' experience, which involved management of nationwide litigation, has informed her scholarship in the field. Her recent work on federal preemption of state products liability laws has been cited by the United States Supreme Court.

Davis has been honored with the College of Law Outstanding Teacher award and UK's Distinguished Teacher award.

Jennifer Greer, dean of the College of Communication and Information. https://uknow.uky.edu/campus-news/jennifer-greer-named-dean-college-communication-and-information

Her other administrative service included nearly three years as an interim/acting dean, seven years as a chair, and four years as a graduate director at her previous two universities.

She has been recognized for her excellence in teaching, winning collegewide teaching awards at Nevada and Alabama. She was also honored with a university award for excellence in academic advising at Alabama.

Jay Miller, dean of the College of Social Work. https://uknow.uky.edu/professional-news/college-social-work-names-new-dean

After completing his undergraduate degree, Miller worked for Kentucky’s Cabinet for Health and Family Services and oversaw social service initiatives for the Department of the Army.

Miller’s academic interests focus on child welfare, youth involvement in juvenile systems and organizational wellness, areas in which Miller has published a number of research papers, books and conducted national and international presentations and lectures. He has been involved in a long line of inquiry that examines self-care among academicians and institutional factors that contribute to overall wellness.

Miller serves as president of Foster Care Alumni of America – Kentucky, where he consults and leads a myriad research projects and initiatives. Miller also serves as chairperson of the Kentucky Board of Social Work, among a host of other service endeavors.

A past recipient of the Cabinet for Health and Family Services’ Paul Grannis Award, Miller also is a 2014 inductee into the College of Health and Human Services Hall of Fame at Western Kentucky University. Miller recently received the 2019 Children’s Bureau Champion Award for his research on addressing workforce issues.

Jeffrey Okeson, interim dean of the College of Dentistry. https://uknow.uky.edu/professional-news/okeson-named-interim-dean-college-dentistry

Okeson has been a full-time faculty member at UK for 45 years. He currently serves as chief of the Division of Orofacial Pain and is the director of the UK Orofacial Pain Clinic, which he founded in 1977. He previously served as chair of the Department of Oral Health Science.

During his tenure at UK, he has received numerous awards. He has been honored with UK’s campuswide Great Teacher Award, the Provost’s Distinguished Service Professorship and received the first-ever Distinguished Alumni Award from the College of Dentistry. He was also recognized as the most outstanding professor in the state of Kentucky with the Acorn Award.

Julian Vasquez Heilig, dean of the College of Education. https://uknow.uky.edu/campus-news/julian-vasquez-heilig-named-dean-college-education

A prolific scholar, in the last decade alone, Vasquez Heilig has been an author or co-author on nearly 50 peer-reviewed journal and/or refereed articles or law reviews as well as chapters. Topics have been diverse in range and scope, covering issues such as racial equity and teacher preparation among many others.

He has been honored with more than 30 teaching, research and service recognitions, including a Ford Foundation fellowship, the American Educational Research Journal Outstanding Reviewer award, and named as a Diversity in Education Magazine Multicultural Champion. He also served as the education chair for the California Hawaii State Conference of the NAACP.

Vasquez Heilig's work in higher education also includes serving on the faculty and as an academic leader at the University of Texas at Austin from 2006 to 2014.

For five years, Way served as associate university librarian for Collections and Research Services at University of Wisconsin-Madison, where he provided leadership for the library’s collection development and management, resource sharing and scholarly communications programs.

During his tenure, he supervised a direct staff of 75 full-time employees and an overall budget of $12 million for the university's general libraries system of 14 libraries that supports more than 4 million visitors per year.

In addition, Way has written and presented extensively on topics related to collection management, shared print and the future of library collections. 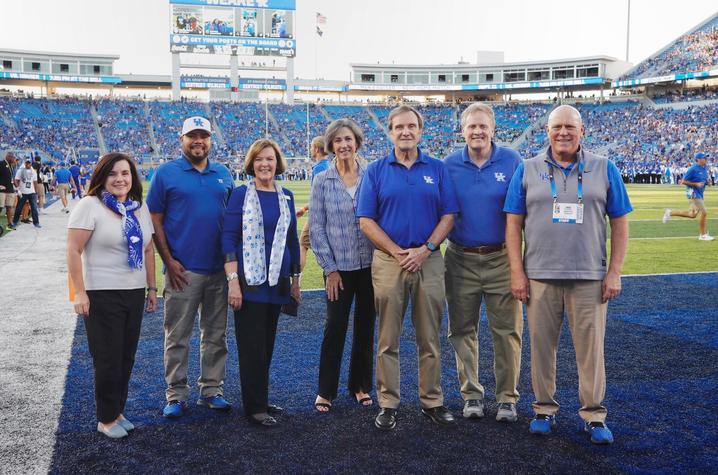